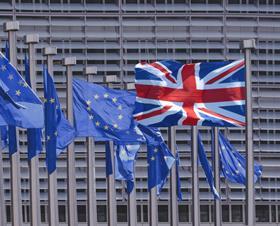 ParcelHero’s head of consumer research, David Jinks MILT, writes: ‘Yet more red tape on UK imports from the EU was introduced at the beginning of the year and it is very frustrating. However, as negotiators return next week to the vexed topic of the Northern Ireland Protocol, the Foreign Secretary’s threat to trigger Article 16, which effectively explodes the agreement, could make a bad situation a lot worse. It could lead to retaliatory action by the EU, which would end the entire Brexit deal.

‘Some analysts were hoping that the departure of Lord Frost from UK-EU trade negotiations would ease the tension. However, it seems that it is business as usual, with Liz Truss saying this week, “If we have to use legitimate provisions including Article 16, I am willing to do that.”

‘We agree with Ms Truss that the UK should avoid any final Northern Ireland trade deal that still sees goods moving within the UK being subject to checks. However, using Article 16 to undo the Protocol signed by the Prime Minister is likely to infuriate the EU. It could result in the collapse of the entire Brexit deal and the imposition of the hard Brexit so long feared by UK businesses.

‘While disastrous for trade with the EU, the impact of such a decision would also stretch far beyond the Continent. Significantly, the US has not repealed its 25 per cent duty on UK steel, originally imposed by President Trump, even though it has scrapped the same tax on steel from the EU. Washington insiders say this is because the US Government is very concerned about the UK’s threats to trigger Article 16. Kim Darroch, a former ambassador to the US, told the BBC the 'troubled state' of trade relations between the UK and the US is 'confirmation that the US will act to protect a peace they helped broker' in Northern Ireland.

‘The repercussions are also likely to spread beyond steel exports. Any hopes of a full trade deal with the US are likely to be scuppered for the next three years if Article 16 is invoked.

‘Meanwhile, since the beginning of this year, UK businesses are dealing with new restrictions and complex paperwork, with EU-based exporters no longer allowed to defer Customs declarations. Instead, they must “pre-lodge” the export documents before their goods are shipped to the UK. The controversial requirement for Rules of Origin declarations, under which the sources of all products’ components must be revealed, are also being stepped up.

‘The new rules also mean that, for border locations with limited space and infrastructure, checks will have to take place at inland border facilities. In particular, this will impact on goods arriving at Dover, Holyhead and the Eurotunnel terminal at Cheriton. It’s a nightmare for UK supply chains.

‘There’s small wonder that cross-border shopping has collapsed by 71% since Brexit, according to payments platform Ayden. The latest wave of regulations don’t help the situation at all, but we should be under no illusion that these would be a minor hiccup compared to the impact of triggering Article 16, which could result in extreme damage to both EU and US trade.'