Opinion: We need legislation to protect from price war 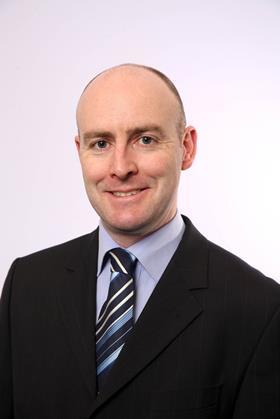 Once again, the grocery market during the recent Christmas season saw too many instances of extreme below-cost selling (also known as predatory pricing) in fresh produce across Ireland and the UK. It was particularly excessive in Northern Ireland and across the UK, with prices as low as 19p for products in some outlets, which represented only 10-20 per cent of the normal retail price.

Unfortunately for fresh produce growers, this issue has become endemic not just at Christmas, but throughout the year. Supermarkets are using the category as cannon fodder in their armoury as part of the battle for market share.

Below-cost selling and general food deflation is leading to the demise of the horticulture industry in Ireland and I’m sure the consequences are just as negative in the UK. This predatory pricing model creates myriad problems for growers. In the main, it takes the inherent value out of the produce lines, leaving it difficult to ensure sustainable farmgate prices. It also demeans the category in the minds of the consumer.

Based on anecdotal evidence and industry discussion, this contagion of extreme discounting in fresh produce would appear to be unique to Ireland and the UK. Obviously this begs the question why, as the so-called discounters also have a footprint in other countries.

Perhaps some of the answers lie in the legislation, which exists elsewhere. For example, in Germany there is a law that bans the use of below-cost selling as a means to close smaller competitors. In France, the ban came into existence in order to protect smaller traditional retail outlets and wholesalers.

It is important to mention that farmers want to produce food that is affordable for the consumer. In this regard, deflation of fresh produce in Ireland has been 15-20 per cent across many home-produced lines in recent years without even factoring in promotional prices. As a result, today’s consumer is spending an ever-decreasing proportion of their income on fresh produce.

EU food producers arguably produce the safest and most ethically sound food in the world due to stringent regulations. Consumers need to be informed that this guarantee comes at a price due to the extra intrinsic costs associated with farming in this manner.

Ireland and the UK have quality assurance schemes that ensure the highest standards on issues of traceability, food hygiene, workers’ rights, sustainability etc. In contrast, as you progress to the retail end of the supply chain, there is a dearth of regulation offering protection to the primary producer. This imbalance must be addressed regarding any discussion on sustainability of the horticultural sector. It is ironic that the consumer may not continue to benefit from this safe and sustainable food production approach as it will become uneconomic to produce it within existing parameters.

Initiatives such as the Agricultural Markets Task Force, created by the EU agriculture commissioner Phil Hogan, and the work of the Groceries Code Adjudicator in the UK are welcome. However, below-cost selling must be included in any remit in the future. Some of the examples of individual member state legislation alluded to above needs to be more considered and implemented on a broader scale.

Notwithstanding the current and future implications of Brexit, a more collaborative approach is needed across the UK and the EU on the risks of predatory pricing to the primary producer, and ultimately the consumer.