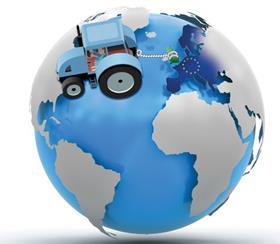 Even at this relatively late stage, it is still not totally clear as to what sort of Brexit we might end up with, and there will almost certainly be several more twists and turns in the negotiating process before we get to 29 March.

In these circumstances, it can be difficult for businesses in the fruit and vegetable sector to know what to do – but at the same time, doing nothing does not seem to be an option. Time and effort can be spent in trying to work out what might or might not happen of course, but the clock is well and truly ticking. Attempting to understand what the final outcome will look like might well be a frustrating process.

In these circumstances, difficult and unpalatable though it might be, preparing for a situation of “what might be the worst thing that can happen” seems sensible. Every business will be slightly different, depending on the nature of the suppliers and customers it deals with, but there are several things that all businesses should be thinking about. Some of these are to be done in the very short term and others might need a more mid to long-term perspective, but they still need to be factored in to the overall equation.

A check list of areas that fresh produce firms should be taking into consideration should include the following:

• Think about currency – it is quite likely that in the build up to 29 March and afterwards, sterling could fluctuate against key currencies, such as the euro and the US dollar. In an industry with tight operating margins, an adverse movement could have a negative impact on profits. Thinking about hedging funds over the short and medium term to protect these would seem sensible, even if it is expensive.

• Talk to staff – share what your plans are for the business in what might be the worst-case scenario and gain their buy-in and support. Everyone is concerned about what might happen post 29 March. Be open and frank with staff about what plans are being made for this. With east European and other non-UK staff in particular, discuss with them how they are feeling about the whole Brexit process and reassure them of their value and importance to the business overall.

• Understand tariffs and customs clearance procedures – these could all easily change after 29 March. There is a lot of information being produced by the government on this and keeping abreast of it is essential if companies are not to be caught out.

• Discuss with other suppliers – beyond the actual supply of produce, check where other key inputs and supplies come from - packaging, labelling etc. Are they UK sourced or do they come from outside the UK? What plans are your suppliers making for the period immediately after 29 March? Can you work with them to develop joint projects to minimise any potential problems?

• Think about UK-based growers - as part of the Brexit process, we will exit the Common Agricultural Policy. This will be replaced in time by a new UK Agricultural Bill. The fine detail of this has yet to be decided, but the direction of travel in it is clear for the mid to long term: less financial support for producing, but more support for environmental enhancement. How will this impact on the growers you work with? Are they ready for this and what can you do to work with them towards this new emphasis on the environment? Horticulture has traditionally received less financial support from the CAP compared to other sectors of UK agriculture, but the emphasis on the environment will be just as strong in the future for fruit and vegetable producers.

• Talk to labour providers – there is still a lack of clarity as to how many non-UK farm workers and others in the supply chain might be allowed in to the UK post-Brexit and for how long. Talking to the labour agency providers about how they see this evolving and working out what can be done as a result seems a real priority.

• Review R&D priorities – taking into account potential problems with labour availability, the future use of automation and robotics has to be very much on the agenda. In many cases, the technology already exists to do this, but the cost of uptake has often proved to be a barrier. Developing a plan for this is not a short-term thing and companies should be looking at what constitutes best practice in other areas of agriculture and food, as well as in other industrial sectors to see what is achievable and over what period of time.

• Update strategy – the next few years will almost certainly see a more volatile trading environment, with the possibility of new tariff and non-tariff barriers in place and the general economy all being more uncertain. This is as good a time as any to review the real core competencies of the business, identify key trends that will impact on it over the next three to five years, regardless of Brexit, and have a well-developed view of what the customer base will look like in the future and how it will be supplied.

• Talk to the bank – many of these actions will have a financial impact on the business, be it in the short-to-medium and even longer term. Talking to the bank is essential to plan for what might happen to the business in the immediate period after 29 March and beyond. Banks are there to help and advise and are also dealing with lots of other businesses in a similar situation vis-a-vis Brexit. Talking to them and sharing ideas can only be positive.

Together, these factors will produce what we at Promar have referred to in the past as a “heady cocktail” of influences that will continue to shape the future direction of the market for fresh produce. We see no reason why these will be diminished in the post-Brexit period and beyond. Change is happening at a pace not seen before in the produce sector. There is a need to be better informed about the threats that these might well bring – as well as in many cases, the opportunities too. Where we will be by the end of 2019, in some cases it is difficult to tell, but in other areas, the evidence for the direction of change is compelling. Keeping on top of all of this is a demanding task, and not least, is where companies such as Promar can help.