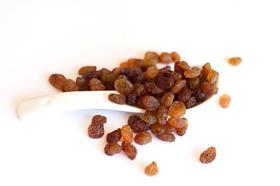 Retail and wholesale demand for sultanas in the UK is on the rise due to their competitive pricing, according to a South African grower group.

It added that 77 per cent of all SA Sultanas have this year been graded as choice grade, which it said meant South Africa 'continues to offer the highest-quality sultanas'.

South Africa is now the fifth-largest raisin production region in the world, with more than 80 per cent of its dried fruit shipped to 72 markets globally.

South African sultanas are produced in the Orange River region, which experiences exceptional levels of sunshine of on average 10.5 hours every day between January and March, which is when the fruit is harvested and naturally sundried.

Ranging from 33-38C, the region’s dry, sunny climate, along with ample supply of water from the rivers, makes ideal growing conditions to cultivate the highest-quality sultanas, the producer group said.

Production estimate indicate that South Africa is currently the leading producer of raisins and sultanas in the Southern Hemisphere, with an estimated 58,000 tonnes of dried fruit expected to be produced by the end of this year.