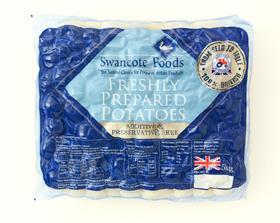 Produce Investments has confirmed the closure of Swancote Foods after battling to keep the potato processor solvent.

The closure means dozens of employees face redundancy or redeployment with the last day of production set for the 20thSeptember.

The company announced earlier last month that it was launching a 30 day consultancy period with staff.

A statement released by Produce Investments said: “Management at PI will seek to redeploy as many employees as possible into suitable alternate roles across the gourp and to facilitate outplacement and training support for all at Swancote.

“The Board of PI confirmed that this has been a very difficult decision and that the business has been operating at a loss for several years, with the underlying perfroamnce remaining unsustainable.

“Group Chief Executive, Angus Armstrong, paid tribute to all Swancote employees for the professional way they have conducted themselves throughout this difficult process.”