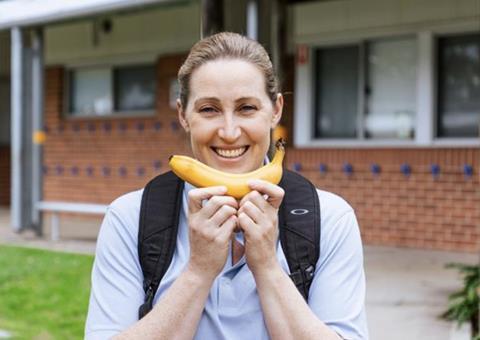 The Olympian and former World Champion appeared on the Seven Network’s Sunrise breakfast show this morning (18 January) to launch the campaign, which aims to position bananas as a healthy fuel for the back-to-school period.

As part of the campaign, Pittman was challenged to return to primary school for a day. She shared her experience of returning to the classroom on the national television show, along with promoting the health benefits of bananas.