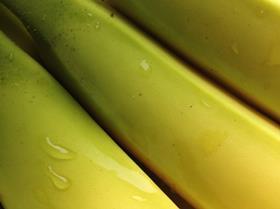 The property had been declared a suspect new case last month following preliminary tests. A final test has now given a conclusive diagnosis of TR4.

“We use a complex series of laboratory tests to ensure an accurate and reliable diagnostic result,” said Rhiannon Evans, Panama TR4 programme leader at BiosecurityQueensland.

“We know banana growers have worked hard to implement and maintain biosecurity measures across the region, but we should not be discouraged by this new detection.

“Biosecurity Queensland found this case early, through regular surveillance. Early detection is vital. Through destruction of infected plants, the build-up of fungal spores in soil can be minimised, limiting the spread of the disease.”

The grower is working closely with Evans and her team to ensure a set of biosecurity requirements are met, minimising the risk of the disease spreading from the property.

“Biosecurity Queensland is working co-operatively with the grower to make sure the biosecurity measures are in place to limit disease spread and protect the banana industry,” Evans added.

Stephen Lowe, chair of the Australian Banana Growers’ Council, said news of the disease spreading was not surprising but it was still a blow for the industry and the business concerned.

“Our thoughts are, of course, with the grower affected. This is a challenging time for them and we will assist in any way we can,” Lowe said.

“This grower already had excellent biosecurity measures in place, which always helps greatly when thrown into the position of having to comply with a notice of Panama TR4.

“But as any grower knows, there’s rarely a chance to process news like this. You get on with the job – and that’s no easy feat when you get a notice of a positive Panama TR4 detection.

“This fifth detection should underscore the need for all growers to have strong biosecurity measures in place on their farm.”

Evans said the disease had spread gradually but was still contained within the Tully Valley.

“We’re increasing surveillance in the Tully Valley, and expanding it to all banana growing areas across Far North Queensland,” she said.

“The Panama TR4 program will continue to work closely with growers and the industry to deliver a cost-effective surveillance program that provides an early and effective response to disease presence.”