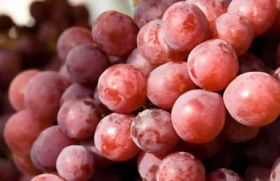 An early end to the Chilean grape season combined with another short California cherry crop has created a wide-open market to start the 2016 season for Mexican and California desert grapes. Mexico, which typically ships four times the amount of fruit than that of the competing deal out of California’s Coachella Valley, has had a particularly good run since the season commenced in late April.

“It’s been hot and heavy down here in Nogales so far,” said commercial table grape inspector Todd Bassett on 25 May. “We’re seeing a huge daily volume of fruit crossing into the US, and at excellent prices.”

The Memorial Day holiday in late May is the traditional kick-off to the summer season in the US and is a promotional period targeted by the Coachella, Mexican and Chilean table grape industries to move large volumes of fruit. This year, however, Chile is all but a non-factor in the North American market. El Nino-driven rain events damaged much of the South American nation’s production, bringing an early end to exports.

Those factors and excellent fruit quality from Mexico resulted in some very strong FOB prices as the deal approached the holiday weekend.  The USDA’s Market News reported Flame Seedless prices ranged from US$18 to US$20 per carton. Sugraone came at US$26 per carton and Summer Royal (black) at US$28 per carton. Even the much-maligned Perlette variety was trading at US$22 per carton.

Mexico was at least one third finished with its crop as of 26 May, according to John Pandol, director of special projects for Pandol Brothers.  “But we’ll likely pack over 50 per cent of the crop from now through the middle of June, which means the tail end of the deal will be fairly light,” Pandol explained.

The Mexican table grape industry originally forecast a crop of 14.2m cartons in 2016, or about 18 per cent lower than last year.

“This deal is not as short as was originally estimated,” said Pandol. “Right now, it looks like volume will exceed estimates by around 2m boxes. Recent industry meetings I’ve attended confirm that most growers are exceeding their original forecasts.”

If so, more than 16m cartons of Mexican table grapes will be exported to the North American market in 2016, which would be less than the 16.7m shipped last year but still close to the 16.3m carton average of the last three seasons.

In the meantime, the Coachella industry has been riding comfortably along in the wake of the Mexican deal, enjoying strong FOB prices.John Harley of Anthony Vineyards feels that Coachella’s 2016 production will ultimately come in close to the 5m carton mark, putting it in line with the 5.2m carton average over the last three seasons.

Approximately 96 per cent of California’s table grape production originates in the Central Valley, with the first grapes of the season picked just south of Bakersfield.

An extended copy of this article will appear in the June edition of Asiafruit.