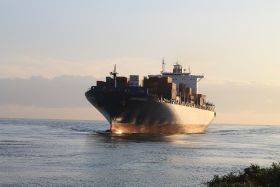 In late January, the Comprehensive and Progressive Trans Pacific Partnership (CPTPP) was agreed to by 11 countries at a meeting in Tokyo.

Ahead of an official signing on 8 March, details of the deal have been released.

According to NewsHub, New Zealand trade tariffs on kiwifruit will be eliminated, including duty-free access to Japan – New Zealand’s biggest market.

Within 11 years, tariffs on apples will also be eliminated.

New Zealand's government is expecting the CPTPP to boost the nation's economy by between NZ$1.2 billion (US$881m) to NZ$4 billion (US$3.74 billion) a year.

Australia is expecting eliminated tariffs on a range of horticulture products, as well as new trade agreements with Canada and Mexico.

Many of the countries will also benefit from reduced tariffs in the pharmaceutical and manufacturing sectors.

The Australian Horticultural Exporters and Importers Association said that the agreement will eliminate more than 98 per cent of tariffs within the trade zones.

Alongside the agreement for the CPTPP, Asia-Pacific delegates are discussing the Regional Comprehensive Economic Partnership (RCEP) which is expected to be signed in November this year.

The RCEP is a proposed free trade agreement between member states of the Association of Southeast Asian Nations (ASEAN), and the six states with which the ASEAN has existing free trade agreements (Australia, China, India, Japan, New Zealand, and South Korea).

The RCEP was launched as an alternative to the now-dissolved Trans Pacific Partnership, which excluded India and China.