Entrepreneur, Jacques Saade, handed over the roles of CEO, and chairman of the board, just last year 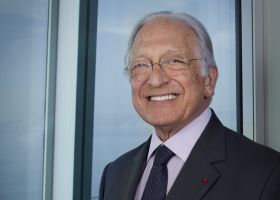