The Asia Express Consortium has revealed that it is reducing its service between Asia, Mexico and the west coast of South America 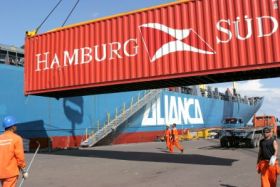 Hamburg Süd, one of the members of the Asia Express Consortium, has announced that it has reduced capacity in trade between Asia, Mexico and the South America due to "deteriorating market conditions".

In order to maintain a strong service, the consortium (made up of Hamburg Süd and CCNI) has opted to combine sling 2 of its service with the current MSC service.

With the changes, total nominal capacity will be reduced by 2,500 TEU per week between 24 February and August 2009, with a trade review set for June 2009.