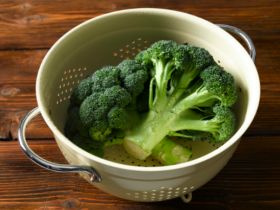 Organic broccoli from the Cordillera highlands has been exported to Japan since last year, and the province is hoping to gain similar access in Korea, said provincial governor Nestor Fongwan.

He said the region’s horticultural output could also be improved with new post-harvest facilities, which could greatly improve quality during the rainy season, reported the Manila Bulletin.

A vegetable trading post established in the area by the government last year has been of great help to local farmers, he added, and the increased use of greenhouses was boosting supplies.