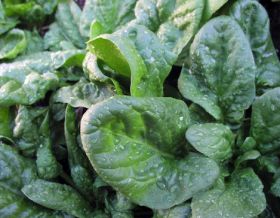 Banned pesticides were identified on spinach

Greenpeace stated in the report the pesticides were banned by the World Health Organisation and could affect unborn children and male fertility.

According to a report by the BBC, the organophosphates were detected on spinach sold in outlets operated by UK retailer Tesco and local competitor, Linhua.

The pesticides were also detected on green peppers, leeks and aubergines sold in outlets operated by Thai retailer Lotus, the report claimed.

The samples were found on produce sourced from outlets in major Chinese cities between April and May of this year, the BBC reported.

Greenpeace has urged Tesco to implement tracing systems similar to those employed by French retailers Carrefour and Auchan, and Japanese owned Aeon, to monitor where food has been sourced from and ensure it is pesticide free.