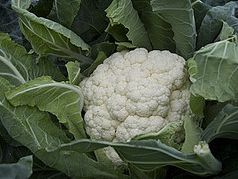 Fajar Budi Susanto, BKP’s head of plant quarantine, informed local media that 700 packages of broccoli and cauliflower from China and 600 packages of oranges and grapes from Singapore had been destroyed on Friday 12 April.

This action was taken after the packages were discovered in a container with no horticulture import product recommendation (RPIH) document.

Risk of illness amongst consumers was cited as the reason for destroying the produce.

BKP has a history of being tough on vegetable imports, particularly China, given its reputation for poor safety standards.

"Most of illegally imported fruit and vegetable products which enter Batam came from China," said Susanto.

Susanto also informed local media that many Batam-based fruit and vegetable importers did not want to make the effort to obtain import documents, which led to an increased amount of produce confiscated and destroyed by BKP.