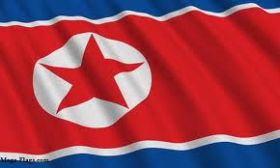 North Korea has unveiled a large-scale apple orchard in its eastern country of Kosan which is expected to produce apples for export from this year, the Global Post reports.

The 2,850ha orchard, which utilises an automatic irrigation system, was shown to Japanese media reporters on 22 June. The orchard is only 40km from a North Korean port city on the Sea of Japan coast.

Potential export markets include Russia, Mongolia, China and other southeast Asian nations, Choe said. He also expressed hopes that Japan could become an export destination in the future.

Notable visitors to the orchard included Chinese embassy officials in October 2012, who demonstrated interest in the orchard’s production, and North Korean leader Kim Jong Un, who inspected the facility earlier this month and encouraged the future production of juice, jam and canned products.

The orchard provides employment to 4,000 people, as well as workers to handpick produce or assist in packing at local factories during the harvest season between mid-September and early October.