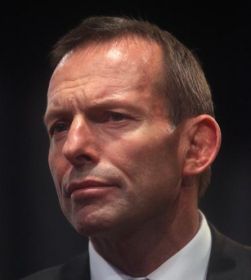 The Australian government has today announced its success in securing a free trade agreement (FTA) with South Korea, following four years of negotiations between the two countries, the AFP reports.

Australia’s prime minister Tony Abbott stated that the deal would see tariffs that presently stand at up to 300 per cent gradually eliminated on key Australian exports, including a host of horticultural products.

"As a result of the agreement, tariffs will be eliminated on Australia’s major exports to Korea and there will be significant new market openings in services and investment," said Abbott.

"The FTA translates to higher economic growth and more jobs for Australians."

The FTA has not yet been signed, and must first enter a legal verification process to be approved by Cabinet in both countries.

It can then be signed off in a formal ceremony and come into effect, which is expect to be around mid-2014.

“The Australian macadamia and almond industries will particularly benefit from the reduction of tariffs from up to 30 per cent to zero over the next five years,” he said. “These industries will now enjoy similar status in Korea to those of the USA and Chile.

“The Government and the negotiating team at DFAT are to be congratulated for bringing this negotiation to a successful conclusion.”

The Liberal government under Abbott have made FTAs with Asian powers, also including China and Japan, a crucial feature of its international diplomatic efforts.

Talks are still ongoing with Beijing and Tokyo regarding those deals.

Australia has several bilateral FTA pacts, including with Singapore, Thailand and the US.