Within Asia Pacific, 64 per cent of consumers have said they are willing to pay extra for products from ethically responsible companies 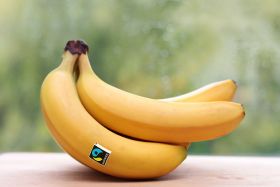 A global study conducted by Nielsen has found that 64 per cent of consumers in Asia Pacific are willing to pay more for products sold by socially responsible companies, topping the global average of 55 per cent.

The report ‘Doing well by doing good’ found that 52 per cent of the 30,000 surveyed had bought at least one product from a socially responsible company in the past six months. Within Asia Pacific, that increased to 59 per cent.

“People between 21 and 34 are so connected to the world; they can see the tangible and immediate impact of the choices they make,” said Olson.

“Consumers around the world are saying loud and clear that a brand’s social purpose is among the factors that influence purchase decisions,” Amy Fenton, global leader of public development sustainability at Nielsen said in a company statement. “Now the focus is on determining how your brand can effectively create shared values by marrying the appropriate social cause and consumer segments.”

In terms of fresh produce, bananas lead the way for socially responsible fresh fruit, but coconuts, driven largely by the increase in coconut water consumption, are also carving out a fair trade share of the market.

“In the Asia Pacific region, there are fantastic opportunities for growth within the fresh produce industry,” Olson said, adding that ethically and sustainably production of mangoes, pineapples and coconuts in particular could increase. “We’re also seeing a strong growth in consumer demand for ethical products in Asia, with new markets developing in India, South Korea, Taiwan and the Philippines.”