US cranberries find market in China 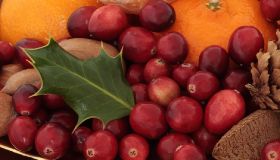 The Cranberry Marketing Committee USA (CMC) has outlined China as a key target for its cranberry exports this season.

China’s imports of US cranberries rose 104 per cent during the 2014 season, up 3m pounds (1,360 tonnes) from the previous September-August season.

“China is a new and exciting emerging market for US grown cranberries,” CMC executive director Scott Soares said in a press release. “The affinity toward the cranberry is strengthening as Chinese consumers become increasingly aware of the berry’s health benefits, versatility and many culinary applications.”

Spruiking the fruit as a superfood, CMC has engaged bloggers and a range of Chinese media to boosts its fresh, frozen and processed exports of cranberries. More recently, the US department of agriculture part-funded a delegation of Chinese media professionals, who visited Massachusetts to see the growing processes and versatile uses of the US-grown fruit.