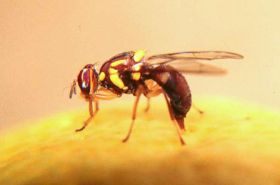 The National Sterile Insect Technology (SIT) facility will focus on producing sterile male fruit flies in a programme that South Australian minister of agriculture, food and fisheries Leon Bignell said would be a gamechanger for the industry.

“Once completed and commissioned, the facility will produce 50m sterile male fruit flies each week, which will be released to mate with wild females, thereby collapsing the population of the fruit flies,” Bignell said in a statement released 23 July. “This will make a huge difference to keeping South Australia fruit fly free, and will help to significantly reduce fruit fly populations in major horticulture regions in the eastern states.”

Work on the SIT facility is expected begin in September and be completed by June 2016.

HIA is contributing A$800,000, with the South Australian government committing A$3m towards the facility, which will be developed alongside the CSIRO, Plant & Food Research Australia, the NSW Department of Primary Industries and Macquarie University.