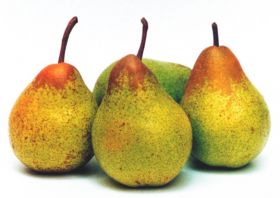 Drinking pear juice before starting a heavy alcohol session could keep hangovers at bay and lower the blood alcohol level.

That's according to new research which has found that drinking 200ml of pear juice - and also potentially eating pears too - before consuming alcohol could provide the hangover remedy the world has long been searching for.

The scientists measured the success of the hangover cure by using a scale of 14 common symptoms. That scale found that the effects of the hangover were “significantly reduced” by drinking the Korean pear juice, and that it was most effective in avoiding “trouble concentrating”.

The researchers - CSIRO, Australia’s national science agency, working with Horticulture Innovation Australia - make clear that the effects only seem to happen when the pear juice is consumed before the drinking of alcohol, not after.

Researchers have only studied the Korean or Asian pear, which has long been used as a traditional hangover cure, so far. But they plan to find out whether the same results can be seen in other kinds of pear, which have a number of differences in their composition.

Scientists still aren’t sure what the pears do that make them such effective ways of avoiding hangovers.

“In particular, reductions were seen in blood acetaldehyde levels, the toxic metabolic thought to be responsible for the hangover symptoms, with pear juice consumption.”