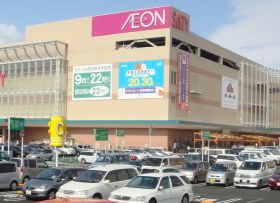 Aeon Group has entered the Myanmar market, having opened a store in Yangon City under a joint venture with Creation Myanmar Group.

Japanese-based Aeon is the first foreign-owned retailer to operate a store in the Asian nation since it transitioned to civilian rule five years ago.

The 613m2 store, branded under the Aeon Orange banner, is located in Yangon’s North Okkalapa and opened late last week.

“Aeon maximises the advantages of its group network to procure Aeon’s private brand “Topvalu” merchandise from Japan and neighbouring Asian countries, and differentiate itself,” Aeon said in a company statement.

“The Store also offers point of purchase displays with the description of items and will enhance staff engagements with customers to promote understanding of Japanese products’ safety, security, and exceptional quality to Myanmar customers.”

Aeon entered the Aeon Orange venture in April 2016 alongside Creation Myanmar Group, which runs 14 supermarkets in Myanmar under the Orange brand. Aeon Orange aims to open 10 stores within the next five years, according to Nikkei Asian Review.

“The Group strives to contribute to the modernisation of Myanmar’s retail industry and the creation of peaceful and prosperous lifestyles for local customers,” the Aeon statement added.