Vietnam's fresh fruit and vegetable exports rose by 41.2 per cent in value terms during first ten months of this year 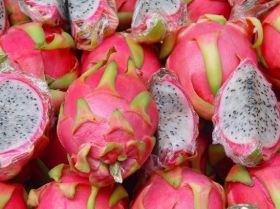 Vietnam's fresh produce exports shot up by 41.2 per cent in value terms during the first ten months of this year, to around US$2.84bn, according to Vietnam's Ministry of Agriculture and Rural Development as reported in the Business Inquirer.

The ministry said China, Japan, the US and South Korea were the top four importers of Vietnamese fruit and vegetables in the first nine months of this year, accounting for 76 per cent, 3.6 per cent, 2.9 per cent and 2.6 per cent of total export volume, respectively.

The combined export value of these products fetched US$209m in October, the ministry said, adding that prices varied according to fruit.

Ben Tre coconuts, for example, saw lower prices in the US and China in recent months due to increased competition from Thai product on these markets.

The ministry said continuous heavy rains has affected the productivity and quality of vegetables in Vietnam's northern and southern provinces, causing the prices to increase sharply.