Australasian group appoints from within, with current Valleyfresh CEO to take the reins in December 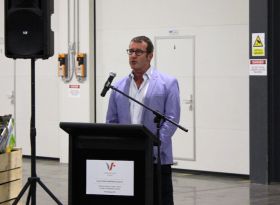 Freshmax has announced the appointment of Murray McCallum as Group CEO.

McCallum, who was a lead proponent in the merger between Freshmax and Valleyfresh in 2014, will assume the role on 21 December. He replaces Peter Ellis, who has worked to integrate the various business units of the expanded Freshmax Group over the term of his 18-month contract.

McCallum currently serves as CEO of Valleyfresh. Under his guidance, Valleyfresh has expanded its international operations significantly and quadrupled its contribution to the Freshmax Group’s earnings.

Freshmax chairman David Smith said the ability to fill such a senior position from within its own ranks was a credit to the Australasian group.

“Developing strong leadership and providing career growth opportunities for our people has been a key focus for our Group as we have expanded,” Smith explained.

“Murray has grown up in our industry. We are delighted to be promoting a candidate of his quality from within the Group. It reflects the internal strength of our leadership team and is an exciting development for our business.”

Freshmax will also welcome Andrew Common back into a senior leadership position. Common will take over as Freshmax’s New Zealand CEO in March 2018, having spent the past three years in Zespri’s Singapore office developing distribution and sales networks.

Prior to joining Zespri, Common spent the majority of his career with Freshmax, in both domestic and international marketing roles. Current New Zealand CEO Geoff Taylor will stay with the business until mid 2018, before pursuing “other business interests.”

“On behalf of the Freshmax Board, our majority private equity owners and our management and grower shareholders I would like to thank Peter Ellis and Geoff Taylor for their contributions and the leadership they have displayed as we have transitioned our organisation into an international business,” Smith added.

“With more than half the Group’s A$650m revenue base now coming from international business units, Freshmax has a strong platform to continue its international expansion.”