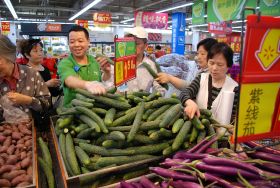 The new plan will be rolled out over the coming months, and includes the establishment of a State Market Regulatory Administration (SMRA).

The SMRA will acquire the responsibilities held by a number of individual government bodies as follows:

As part of the restructure, the newly formed State Intellectual Property Office (SIPO) will take on the task of regulating intellectual property rights, and be governed under the SMRA umbrella.

All other bodies will remain but have their functions merged into the SMRA. The Anti-Monopoly Commission, the CAC and the SAC will keep their offices despite the merge.

Ropes & Gray reported that Chinese officials have pinned the newly proposed SMRA as the single most powerful market regulator. It will address China’s concerns over product safety, regulation, compliance, intellectual property rights, and overall quality by through comprehensive management and supervision in these areas.

Despite significant upper level appointments, the SMRA will not begin operations until mid-April, and will likely not reach full capacity until after June, according to Ropes & Gray.

The mergers give the SMRA more resources and enforcement tools to deal with unfair market behaviours, which in the past would be dealt with separately by either the NDRC or the SAIC. It runs in line with China’s efforts to improve market regulation and overall quality of life for its residents.