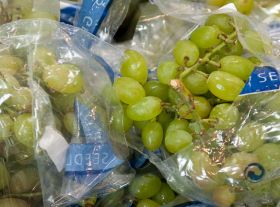 Under the Australian government’s biosecurity import conditions, India can now export volumes of table grapes to the island-nation under a cold-treatment protocol.

The opportunity will help Indian exporters to diversify their portfolios, however, according to The Hindu Business Line the market may not pose a very big opportunity due to India’s export season coinciding with Australia’s peak domestic harvest period.

“Australia has a similar harvest season like us between January and March. Only those who harvest late and export could benefit,” said Vilas Shinde, chairman of Sahayadri Farms based in Nashik, in India’s largest grape producing state, Maharashtra.

India exports approximately 6-7 per cent of its annual table grape production, with a majority of supply going to Europe. Shinde says he hopes more opportunity will arrive when China and the US open their markets.