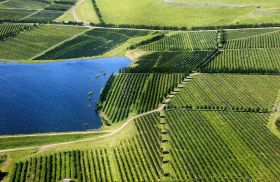 Uruguay has welcomed China’s decision to slash tariffs in imports of fresh blueberries for Mercosur countries. The move, which came into effect on 1 January, reduces the tariff from 30 per cent to 15 per cent.

Marta Bentancur of fruit association Upefruy said the move would put the trading bloc, comprised of Uruguay, Argentina, Brazil and Paraguay, on a more equal footing with other Latin American suppliers.

“One of the main reasons why we have not started exporting to China since gaining access to the market last year is that we’ve faced a 30 per cent tariff, against the 0 per cent paid by Chile and Peru,” she told Fruitnet.

“A tariff of 15 per cent means we can rethink our options in this market and try and work out the logistics to enable its future development.”

Uruguay was one of around 18 countries displaying their wares at the inaugural edition of last year’s China Fruit Logistica in May, the same month that it secured access to the Chinese market for its blueberries.

Uruguayan exporters have made no secret of their desire to tap into China’s burgeoning blueberry market. It is well positioned to fill the lucrative early season September/October blueberry window in China before Peruvian supply gets into full swing – a gap that Argentina is also looking to supply.

“The fact that China has reduced its tariffs on a wide range of food items reflects the growing demand among Chinese consumers for high quality imported foodstuffs,” Uruguay’s ambassador to China said.

Uruguay’s blueberry production base has undergone a high degree of consolidation in recent years and today supply is in the hands of just a few companies. The result, said Bentancur, is an industry well positioned to meet the challenges of the future.