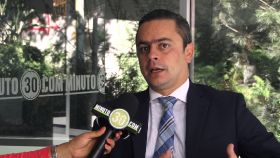 Colombia has exported its first ever consignment of bananas to China. Juan Camilo Restrepo Gómez, president of the Banana Association of Colombia (Augura), whose members account for almost 80 per cent of the country’s exports, said the move was “very positive news” for the sector.

“The consignment is already in transit, the first contract with China has been signed and we hope that this year the can open up the market for our agricultural products,” he told broadcaster RCN on Wednesday.

Restrepo said Colombia was interested in exporting citrus, avocados and flowers to China as well as a number of other products.

Colombia’s Minister for Agriculture and Rural Development, Andrés Valencia Pinzón, said this was an excellent opportunity for Colombia to boost its trade with China.

“There is a lot of interest in China for importing Colombian agricultural products and from our side we want to continue strengthening our phytosanitary protocols to open up different markets for our products,” he stated after a meeting last month with Li Nianping, the Chinese ambassador to Colombia.

At present, only bananas from Antioquia can be exported to China, but the goal is to widen access to include fruit from other production areas such as Magdalena and La Guajira.

In the case of avocados, the Colombian Agricultural Institute (ICA) is negotiating with the Chinese plant health authority to eliminate some of the phytosanitary requirements in order to facilitate trade, an issue which Li Nianping promised to resolve.

According to government figures, Colombia exported 64,958 tonnes of agricultural products worth US$43.9m to China in 2018, an increase of 39.2 per cent in value on the previous year. Coffee, sugar and crude glycerol were the leading exports.

Colombia is the world’s fourth biggest exporter of bananas, which are the third most important agricultural export in terms of revenue. Last year the country shipped a total of 100.4m boxes (20kg), a 2.52 per cent increase on 2017 and the highest level in more than a decade. Restrepo said the rise was due to an increase in cultivated area and had come in spite of weather-related challenges.

Restrepo said one of Augura’s priorities in 2019 was to establish a national denomination of origin label to help the sector reach new export markets.