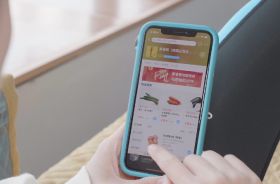 The number of investment deals in Chinese start-ups in the agriculture and food sectors increased 60 per cent in 2018 compared with the year prior.

A total of US$5.8bn was invested in the calendar year across 283 deals funded by 318 investors, according to a report released by AgFunder, the China AgriFood Startup Investing Report.

The report found start-ups building businesses downstream at the consumer end of the agrifood supply chain dominated the sector overall, however, investment and activity upstream increased significantly as start-ups aim to improve efficiencies for farmers and throughout the fragmented supply chain.

Upstream technologies raised $960m across 64 deals in 2018 – an eight-fold increase from US$106m across 28 deals in 2017. However, improved reporting might have contributed to this increase, according to the report.

Innovation was identified with a target toward low-income Chinese consumers, as well as premium experiences.

The only area which did not experience any growth in 2018 was in-store, retail and restaurant technology, following hype in 2017 and subsequent failure of projects like unmanned stores and vending machine technology.

Just under half of the total funding was given to heavyweights Alibaba and Tencent. Alibaba took out the year’s largest merger, acquiring Ele.me’s remaining shares from Baidu. There were also five initial public offerings in 2018, up from zero the year prior.