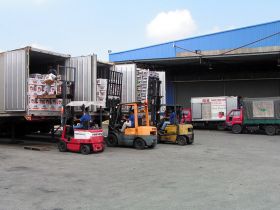 The Malaysian Quarantine and Inspection Service (Maqis) will defer changes to its permits for the export of fruits and vegetables to Singapore until April 2020 after receiving pushback from exporters.

According to a report from The Straits Times, the new rules would have reduced the number of item categories that can be declared in an export permit from 50 to 10.

As a result, exporters would have had to apply and pay for extra permits for each shipment, increasing their costs.

"It's difficult to identify all 50 items per container and there appears to be an abuse of the current system," Sim said.

"There is a need to change the system. This is to make sure there's honest reporting by traders and the government can facilitate trade easily.”

While Sim acknowledged the proposed revisions would raise costs for exporters, he said claims they would increase as much as 700 per cent were an exaggeration.

Tan So Tiok, president of the Federation of Malaysian Vegetable Farmers Associations, agreed and told The Straits Times such claims were ‘nonsensical’ as most lorries destined for Singapore carry no more than 20 types of items on average.

"The increase isn't by that much. At most it would be about a 50 per cent hike, depending on what item you are exporting," Tan said.

Maqis is set to use the next four months to work with the fresh produce industry to address its concerns and a task force containing authorities and stakeholders has already been set up and begun discussions.