With COVID-19 disrupting supply chains in China, growers are finding new ways to sell their fruit 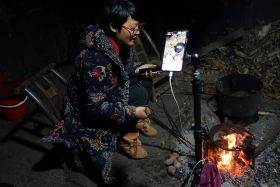 Chen Jiubei, an agriculture livestreamer, helped farmers in her hometown in Hunan province sell up to 2 million kilograms of previously unsaleable oranges in just 13 days.

Livestreaming has become the latest solution for Chinese growers looking to adapt to the challenges created by COVID-19.

With many offline trading centres closed, Alibaba has offered growers an alternative platform to sell fruits and vegetables through its Rural Support Programme.

According to an Alizila, Alibaba Group opened up its Taobao Live platform to growers for free, it also opened up its Foodie Livestream channel to connect growers cross China with the channel's 41m followers.

The programme was launched on 5 February and 15,000 tonnes of produce was sold in the first three days, the channel has continued to promote fresh produce daily.

One example of success occurred in Sanya, Hainan. On 13 February mayor A Dong appeared in a broadcast from a mango grove on Taobao Live to promote his city’s produce. The session drew 25,000 views and 30 tonnes of mangoes were sold in under two minutes.

However, the trend of using livestreaming to promote fruits and vegetables did not begin with the outbreak of COVID-19, Taobao Live said it hosted 1.6m sessions featuring agricultural products in 2019.

The support the Rural Support Programme has provided also extends beyond livestreaming according to Alizila.

Cainiao, Alibaba’s logistics arm has opened a channel for the expedited delivery of agricultural produce. Alibaba has worked with 34 of its partners to created new and direct routes to transport shipments of mangoes and melons from Hainan to cities such as Beijing and Shanghai.

Freshippo, Alibaba’s grocery chain has allowed consumers to place orders directly through the Freshippo app and use a non-contact delivery option.

Alibaba estimated 18,000 tonnes of agricultural products had been sold under the Rural Support Programme so far.