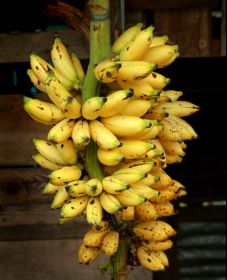 Reefer Filipinas Express Line (Reefer Filipinas) has announced it will launch a direct shipping route between the Philippines and the Middle East to allow exporters further tap into the market.

According to a report from the Business Mirror, Felix S Ishizuka, president and chief executive of Reefer Filipinas, said the company will launch its first Davao-Saudi Arabia-Iran route by April.

Ishizuka said Reefer Filipinas had already signed an agreement with prospective first exporters for a consolidated volume of 150,000 boxes today and he expects the initial shipment to contain at least 200,000 boxes.

“There is no player going directly to Iran. So, how can our small growers be able to penetrate the Middle East market?” Ishizuka told the Business Mirror

“The 50,000 boxes would be easy to fill up. We are very positive that this Philippine-Middle East direct liner service will fly very, very soon.

“Now, we are giving our small banana growers an option to penetrate the Middle East market,” he added.

Ishizuka said the route would run once a month initially and could increase to twice a month if volume increases and stabilises.

According to Ishizukam, the route will give Philippine exporters more flexibility when it comes to negotiating with importers in the Middle East.

“At present, banana growers are forced to engage in fixed long-term contracts at low prices regardless of market conditions,” he noted.

In 2018 the United Arab Emirates and Iran were the fourth and fifth-largest importers of Philippine bananas according to the Philippine Statistics Authority.

The United Arab Emirates imported 195,000 tonnes while Iran imported 162,000 tonnes, despite this, they only accounted for 4.4 per cent and 3.4 per cent of the Philippine’s banana exports respectively.