With the IA-CEPA now ratified, Australia’s vegetable growers are eager to increase their presence in the market 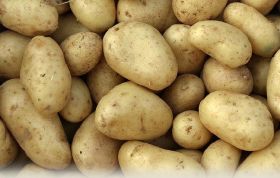 Australia’s vegetable exporters are primed for the opportunities the Indonesia-Australia Comprehensive Economic Partnership Agreement (IA-CEPA) will bring once it enters into force.

Now ratified by Indonesia, the IA-CEPA will come into effect on 5 July 2020 and is set to improve two-way tray between the two countries.

“The agreement to increase import quotas and decrease tariffs for carrot and potato exports – two of the Australian vegetable industry’s key export crops – should lead to an immediate increase of over A$15m (US$9.7m) in annual trade, an increase of over 300 per cent in current trade values of fresh vegetables to Indonesia,” Coote said.

Even before the ratification of the agreement Ausveg had been increasing its market development activities in Indonesia, recognising the potential the country’s growing economy.

“Indonesia’s continued participation in the Ausveg reverse trade mission allows buyers from key export markets to visit Australian vegetable growers and see first-hand the high-quality produce for which our growers are renowned around the world,” Coote said.

“Given Indonesia is predicted to have the world’s fifth-largest economy by 2030, the IA-CEPA will help ensure that Australia’s vegetable growers will benefit from the country’s expected economic growth.”

That fraction is set to change with the new quotas included in the IA-CEPA, these include and an increased import quota for carrots of 5,000 tonnes per year, growing to 10,000 tonnes per year after ten years, with a decreasing tariff schedule during this time.

Potatoes, which accounted for 40 per cent of Australian exports to Indonesia in the 2018/19 financial year, also received an increased import quota of 10,000 tonnes per year. This will grow to 12,500 tonnes per year after five years, with a decreasing tariff schedule during this time.

“We are currently in a fantastic position to take advantage of opportunities in export markets, and the industry is working hard to ensure growers have the necessary tools to be successful in the exporting process,” said Coote.