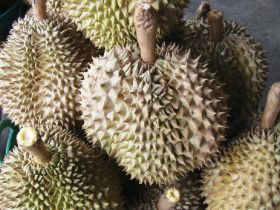 Thailand’s durian industry is rapidly expanding to meet strong Chinese demand and it is being encouraged to use all available tools to consolidate its success.

According to a report from the Bangkok Post, data from Thailand’s Ministry of Commerce shows Thailand has exported US$567.29m worth of durians to China in the first four months of 2020, a 78 per cent year-on-year increase.

In the same period, China accounted for 72.1 per cent of the world’s durian import value, a 30 per cent year-on-year increase.

According to a report from Xinhua, Supthaweethum also said the department is set to help growers capitalise on the Regional Comprehensive Economic Partnership (RCEP), which includes countries such as China.

"We will need to quickly train our farmers and entrepreneurs before the RCEP agreement is signed by member nations in November in Vietnam," said Supthaweethum.

"The department will notify Thai farmers and entrepreneurs of business opportunities in the manufacturing and exporting of these products as well as negotiate with business partners to expand export markets in RCEP member countries.”

Growers have also received support from the private sector, particularly from a partnership between Charoen Pokphand Group (CP Group), one of Thailand’s leading agribusinesses and Pid Thong Lang Phra, a rural development foundation backed by Thailand’s royalty and government.

The Bangkok Post report said over the past three years CP Group has purchased all durian output from the country’s three southernmost provinces and all of these orchards are supported by the Pid Thong Lang Phra foundation.

The partnership, which was designed to address poverty in the regions, helped growers with growing techniques, effective use of fertiliser, water supply development and quality improvement. It also purchased the durians for above market price.

Chaisit Phanichphong, governor of Yala, one of the participating provinces, described the effects of the partnership.