US cherries popular with Indian consumers 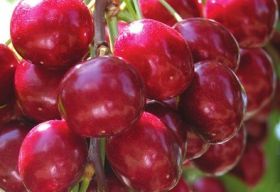 Leading Indian fresh fruit importer and distributor IG International has received an outstanding response from Indian consumers for Stemilt cherries, imported from Wenatchee in Washington, US.

In a release, the company said it felt the programme had an element of risk involved, and as a result, didn’t forecast sales due to uncertainty.

IG said the venture helped ‘induce a taste and liking among Indian consumers for the fruits that had earlier been considered exotic’.

One of the driving factors for proceeding with the venture was the higher inclination that Indian consumers are showing towards fruits during the Covid-19 pandemic.

“Consumption of fruits is frequently associated with higher immunity and weight management,” said IG director, Tarun Arora. “The demand of fruits has been higher across the country through the times of lockdown, wherein consumers were extra cautious regarding the health and well-being of their family and themselves.”

“Access to rarer varieties of fruits, such as Stemilt cherries, induces variety for consumers’ platters. Having some sort of variety among fruits can be especially useful for consumers who do not have much of a taste for certain fruits,” he added.

India’s foodservice sector has also responded well to the product, with IG indicating cherries will be used more frequently in the future, at bakeries, fruit marts, and outdoor diners inclusive.

IG’s digital campaign promoted the nutritional value, immunity-boosting properties, and taste of the fruit to its followers. It also partnered with several top chefs across India, including Ajay Chopra and Vicky Ratnani, who used ‘moon cherries’ from Stemilt for their recipes.

The two chefs came up with a range of dishes using the fruit, which were then posted to Instagram using handles and hashtags such as #WhoIsTheCherryChief. Mystey boxes, and interactive recipes have also formed part of the promotional campaign, with prizes – such as IG Fruits gift hampers – acting as incentives for consumers to cook the recipe and post their results.