Annual event run by Pear Bureau Northwest to return on 5 December, marking the start of National Pear Month in the US 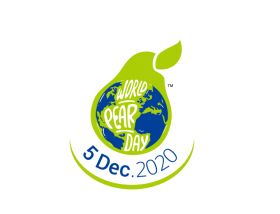 This year’s event is held in coordination with the USDA proclaiming December to be National Pear Month, with World Pear Day giving consumers around the world the opportunity to celebrate with pears through a variety of activities.

USA Pears is hosting a number of road shows in the United Arab Emirates and Vietnam, which will feature a decorated truck driving to various supermarket locations and setting up an interactive promotion area for consumers.

While the event has always included a strong digital and social media component, this year's edition will feature more online events as a response to most in-person worldwide sampling being put on hold due to the Covid-19 pandemic.

“Pear lovers around the globe will be able to connect through the USA Pears social media channels and by using and following the #WorldPearDay hashtag,” the organisation said in a press release.

Kevin Moffitt, president and chief executive of Pear Bureau Northwest, sees World Pear Day as a unique way to connect directly with consumers. "Food brings people together, and this year's World Pear Day aims to unify consumers around the world through a shared love of pears and healthy, nutritious food,” he said.

“We are especially excited to use the event to highlight the Northwest pear industry's commitment to providing retailers and their customers with ripe and flavourful pears,” added Moffitt.

As part of this year's festivities, the organisation has unveiled a new logo that it said visually captures the globally unifying theme of the event. Using a green colour inspired by the Green Anjou pear, the freshly redesigned World Pear Day logo aims to provide retailers and consumers with an exciting look that connects to messages of nutritional eating.

Pear Bureau Northwest will be working with Northwest pear shippers, as well as other promotional organisations, to execute and amplify the event.

December is an optimal time to celebrate World Pear Day and National Pear Month due to the abundance and variety of US pears, which are at their peak and available worldwide.