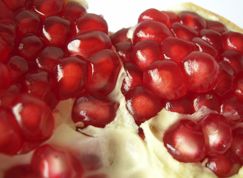 The pomegranate season still has two months left to run, according to Faridullah Habib, deputy of the Kandahar Chamber of Commerce, reported Online News.

Mr Habib added that last year’s exports went to Asia, Europe and the Middle East, but this year Asian markets were the only destinations for the fruit, citing disease and quality issues as the causes.

Singapore, Turkmenistan, India and Armenia were some of the destinations for Afghan pomegranates, which were also exported to Iran for the first time this year.

Mr Habib said the quality of the harvest this year was not high because of drought and disease problems.