Japan’s fresh fruit imports for February fall 8 per cent, with exports from US heavily impacted 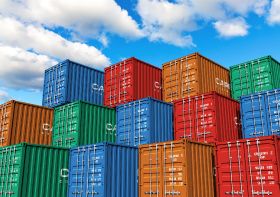 Japan imported 112,100 tonnes of fresh fruit during February 2021, an 8 per cent reduction on the total imported 12 months prior.

The reduced import volume, according to Tokyo Seika president Jack Moriya, can be attributed to the shortage of reefer containers worldwide.

Moriya said the route from the US to Japan was most affected. “Fruits such as lemons (-56 per cent), grapefruit (-32 per cent), oranges (-50 per cent) and tangerines were on the most part less than half the quantity imported in February 2020.”

“Kiwifruit imports were down 38 per cent. The further tightening of transportation

availability, especially reefer containers, is expected to continue for another half year or so with shortages expanding to other countries such as The Philippines and New Zealand and South American countries,” added Moryia.

A total 11,868 tonnes of avocados were imported in the months of January and February 2021, which Moriya said represented an increase of 8 per cent compared to the same timeframe a year ago.

“So far, the shortage of reefer containers has not impacted negatively for avocado shipments to Japan.

“The lower unit price of imports from the middle of 2020 has allowed good movement of avocados at a retail, however Mexico’s decision to raise its export price in March 2021 has prompted importers to look for alternate suppliers, such as Peru,” noted Moriya.

Table grape imports were down 5 per cent in January and February 2021 compared to the same two-month period in 2020. Some 4,442 metric tonnes were imported, in which Chile’s share was 87 per cent.

“Having said that, imports from Chile were down 13 per cent due to bad weather conditions. This has seen shipments from Australia begin earlier than usual.”