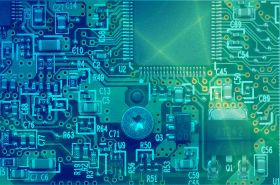 There is a growing role for artificial intelligence within horticulture, experts have claimed – but it is not the silver bullet many people think.

Speaking at World of Fresh Ideas, Anthony Atlas, head of product and growth at agronomic machine-learning specialist ClimateAI, outlined the benefits and pitfalls of AI use on farms.

Describing AI as “systems that generate predictions from past correlations – a giant pattern-identification machine”, Atlas said AI is only as good as the training it receives. He stressed that it is not easy to build, and that there isn’t one single system that does everything, but instead each task is done by a separate model trained to perform a particular task.

In horticulture, AI is being used as a decision-support system in climate and weather forecasting, imagery interpretation and precision automation of greenhouses.

Benefits of AI include more complexity, nuance and power, the ability to cheaply automate repetitive tasks, and the fact it is more lightweight than a supercomputer.

There’s better technology available now too, and the digitisation of the agriculture industry has made AI a more feasible and useful option. “We are in a more mature era of agriculture where we’ve gathered enough data to feed the models,” Atlas said. “There is also more advanced technology out there, it has improved to make it cheaper, and there’s better knowledge of how to deploy it most profitably.”

But there are challenges too. It takes a huge amount of data to train an AI model to be effective, and then there’s the question of which inputs drive the outputs and understanding that the desired outcome does not lead to the ability to influence that outcome. Thirdly, there’s a trust issue: as the shiny new technology, Atlas warned there are a lot of “snake oil” salesmen overpromising performance.

Atlas summed up by saying that this is the time to be considering AI. “There’s a tech arms race going on – if someone else is using AI to get an advantage then you might have to as well. Even tech sceptics may have to pursue AI as you don’t want to get left behind.” The technology really shines as a decision-support system in an era in which climate change is causing unpredictable weather patterns, he added.

Jason Fung, vice president for berries and greenhouse at Oppy in Canada, said he sees AI as a growing area and a key way of gaining competitive advantage, driving both demand and consumption. “I would classify the produce industry as having a lot of data but not really harnessing it in the same way as banking, healthcare or insurance,” he said. "It’s not just for predictive analytics, but optimisation problems in general. It’s got significant potential going forward.”