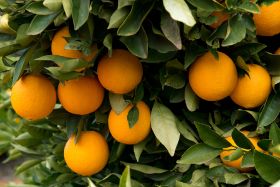 The bidding war between Macquarie’s real estate arm and Roc Partners over the ownership of Vitalharvest has finally been resolved, with Macquarie set to take ownership.

A three-month bidding war between the two interested parties saw the offer price increase 33 per cent.

AFR reports the deal was struck after the 20.9 per cent blocking vote secured by Macquarie Infrastructure and Real Assets (MIRA) meant Roc would be unable to get enough unitholder support for its A$1.33 per unit (A$246m) scheme of arrangement offer, leaving only its alternative asset acquisition offer of A$357.35m, which equated to a lower payout of A$1.31.

After MIRA lifted its own offer for a 10th time to match Roc’s, it said it would block Roc’s scheme offer, telling unitholders they would be better offer voting in favour of its scheme of arrangement.

Vitalharvest’s responsible entity, The Trust Company, said after assessing both bids it unanimously recommended unitholders vote in favour of MIRA’s scheme in the absence of a superior proposal and subject to a favourable assessment by an independent expert.

Roc also informed The Trust Company that it did not intend to provide any further offer.

MIRA’s victory will increase its already significant holdings in agricultural assets and strengthen its ties with Costa Group, for which it is also the landlord of its avocado orchards.

AFR reports the date for unitholders to vote on the recommended MIRA offer has yet to be set.