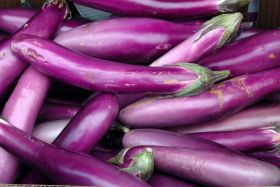 Quezon City in the Philippines is set to get a new 800m2 urban farm as part of a project involving German multinational Bayer.

According to a report from the Manila Bulletin, this is the third urban farm set up by Bayer as part of its efforts to improve vegetable consumption and support local communities in the Philippines.

The farm in Payatas will grow vegetables including bitter melon, eggplant, okra, squash, and string beans.

For this project Bayer, through its Bayer Kubo initiative, has partnered with Rise Against Hunger Philippines, AGREA Foundation, and aid organisation Puso ng Ama Foundation.

Bryan Rivera, head of communications and public affairs of Bayer Philippines, said Bayer would be supporting the community in a number of ways.

“We’ve started engaging with volunteer community members in Payatas whom we intend to train on ideal farming practices,” said Rivera.

“Beyond growing food, the training will also include financial literacy and basic business skills to help them sustain the farm long-term.”

Bayer expressed its intention to develop more urban communities into food and income-generating venues just as it has in Taguig City and Calauan, Laguna – the locations of the two existing farms – and as it plans to do in Payatas.

The company’s efforts in the Philippines are part of its commitment to promote fruit and vegetable consumption globally, according to Inci Dannenberg, head of global vegetable seeds at Bayer.

“Only a fraction of the global population comes close to consuming the daily recommended serving of fruits and vegetables,” said Dannenberg.

“In the UN’s International Year of Fruits and Vegetables, Bayer is doubling down on its approach to enabling growers and partners to address the barriers to improving fruit and vegetable consumption in order to achieve Health for All, Hunger for None.”