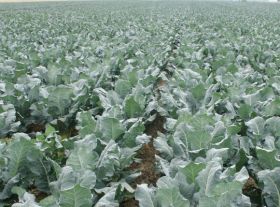 Researchers from Australia’s University of Queensland and the Department of Employment, Economic Development and Innovation (DEEDI) concluded that cooking vegetables like broccoli, cauliflower and cabbage for two to four minutes increased the effectiveness of the vegetables’ anti-cancer compounds.

“Nitriles do not protect against cancer and in fact replace anti-cancer compounds,” he told the Register.

“But cooking these vegetables on a very low heat for a short time stops the nitriles and allows the release of anti-cancer compounds.

“The exception to this rule is the brassica vegetables that are naturally hot to the taste - such as radish, mustard or watercress. They are best eaten raw to maximise the anti-cancer compounds.”

Vegetables from the brassica group contain high levels of glucosinolates, the metabolised products of which protect DNA from damage that may cause cancer, according to the Cancer Prevention Research Program at the Seattle-based Fred Hutchinson Cancer Research Centre.