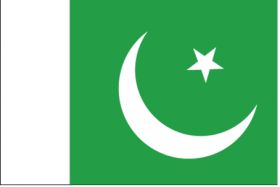 The Pakistan Horticulture Development and Export Company (PHDEC) is organising a mango festival and technical seminar to be staged in London this June.

In addition to the mango festival, the PHDEC will participate in the Fresh Fruit and Vegetable Consortium to be held in October, also in the UK.

The PHDEC was incorporated as company in July 2009 and is the Pakistan government's designated department for the development and export of fruit and vegetables.

Meanwhile, the commercial wing of the Pakistan Embassy, in conjunction with the Trade Development Authority of Pakistan (TDAP), has staged an exhibition of Pakistan kinnows in the Netherlands on 14 February.

According to Pakistan's commercial counsellor to the Netherlands Muhammad Ashraf, Holland is the gateway to Europe for the fruit and vegetable trade but Pakistan's kinnows are not easily available in Dutch markets.

The exhibition was part of a concerted effort to boost the awareness of Pakistan kinnows to Dutch consumers.

"Our kinnows, despite having seeds, are unique in taste and have the potential to penetrate the European market, provided we devise and implement a coherent marketing strategy involving all the stakeholders," Mr Ashraf told The News.

"We have developed a three-year market penetration strategy in the Benelux market.

"In the first phase, we have coordinated with prominent importers in the Netherlands to ensure continuous supply in the market. In the first year, we are targeting the consumers through promotional events."