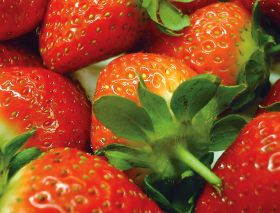 Californian strawberries will be on Olympic athletes’ menus after they received approval from the Chinese authorities for their use at the Beijing-based event, which begins on 8 August.

The move comes following the results of a study by Chinese Olympic organisers, who asked athletes which fruits they wanted to be made available during the games. Strawberries ranked third in the survey, behind apples and citrus.

Californian growers are well positioned to bring the berries to the table because their year-round strawberry production peaks in August, while Chinese production endures a spring lull.

The Californian Strawberry Commission (CSC) began negotiations with Chinese officials in 2007 to supply berries to the games. The president of the CSC, Mark Murai, is currently in China working out the exact amount of product to ship to the Olympic host.

Giant Berry Farms and Driscoll's Berries are the two companies supplying the fruit.