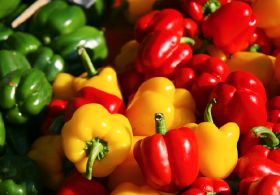 The tomato potato psyllid that shut down New Zealand tomato and pepper exports last month has been found in Nelson and Canterbury, according to The Nelson Mail.

A bacteria spread by the pest was originally discovered in three Auckland hothouses, leading to a complete ban on exports of peppers and tomatoes. The ban was lifted on 17 July, but Australia, Japan, French Polynesia, Fiji and the United States were still restricting entry of the produce.

Growers are complaining about the delays getting the ban lifted with important export markets, and the uncertainty may jeopardise the NZ$45m tomato and pepper export trade.

Biosecurity NZ is checking hothouses across the country for evidence of the psyllid.