Get snappy for photo challenge 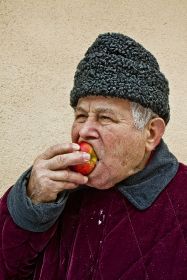 Could you take the best food-related photograph in the world?

With entries coming in from all four corners of the globe every year, the Pink Lady Food Photographer of the Year 2014 gives you the chance to pit your photographic wits against the best.

The competition, which showcases the best of the best food photography from around the world, is open until 31 January for entries.

A panel of judges will decide who deserves the 'food photographer of the year' title, and the grand prize of £5,000.

This year’s competition introduces three new categories for entrants: Politics of Food, for photo-journalistic images that show the reality of issues relating to food anywhere in the world; Food Bloggers, for images that perfectly complement the blog and bring the written word to life; and the Food in Film category, for short films, fact or fiction, about food.

Last year, more than 5,500 images were entered. The top accolade went to an amateur photographer from Romania for a shot of her grandfather eating an apple.

Andy Macdonald, managing director of Coregeo UK, which is the 'Master Licensor' of Pink Lady in the UK, said: “We are delighted to continue as headline sponsor for Pink Lady Food Photographer of the Year. The competition continues to reflect the fast-moving industry with its exciting new categories and remains unique in its accessibility – anyone at any age from anywhere can enter and be in with a chance to boost their career. It is a true celebration of this increasingly popular artform.”