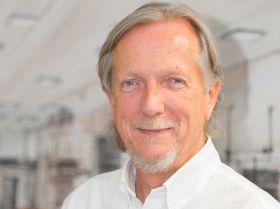 UK-based fresh produce company Fresca Group has seen turnover rise by 17 per cent while profits were hit by the devaluation of sterling and operational costs caused by the loss of the Sainsbury’s contract.

Notable contributors to the turnover increase were Primafruit and Thanet Earth, with both companies following an ambitious growth strategy supported by investment from the Fresca Group.

“Despite the increase in sales it has been very difficult to retain the level of margin we have historically recorded,” said Fresca chief executive, Ian Craig. “Notwithstanding that we already operate in an industry that’s remarkable for its narrow profitability, this year has seen the pressure intensify yet further. The group profit before tax posted for 2017 is £6.2m. It is a solid performance, but in comparison with last year has fallen 0.7 per cent to 1.2 per cent.

“Each business in the group has worked hard to grow incremental sales and to help their existing customers perform better in their market. This commitment to service and a focus on product quality is indeed paying off in our volume aspirations, aided by a more entrepreneurial approach to attracting new business and taking a more positive stance with new routes to market.”

“During this year by far the biggest impact on our costs has been the devaluation of sterling,” he added.

Craig noted that the Mack and MMG Citrus businesses suffered a significant contract loss with Sainsbury’s in a phased cessation by product through 2017.

“This loss of business was announced in January as Sainsbury’s stated their commitment to adopting a direct sourcing supply model,” he said. “While Sainsbury’s remains a core customer for Mack, we have had to undertake a consultation and redundancy process which accounts for the majority of the exceptional operating expenses (£617,000).”

Speaking about the impact on Mack and MMG Citrus, Fresca chairman Chris Mack said: “The companies were forced to undertake a difficult round of redundancies to ensure operating costs reflect business moving forward.

“This process is always undeniably difficult and unsettling. I would like to thank the people at Mack and MMG Citrus for their patience and understanding, and I wish those who have left us every success in their continuing careers.”

In particular, Mack flagged up the strategic diversification of customers, products and operating models at the eponymous Mack business as evidence of its resilience. “I am enjoying, for example, watching the new ‘Curious’ fresh produce brand come to life on the virtual retail shelves of ambitious market entrant Amazon Fresh,” he said.

Mack said many of the company’s retail customers are still in a “largely defensive position”, and although inflation is creeping back in it’s difficult to predict long-term prospects.

“The financial results for the group this year make interesting reading,” he said. “We have a marked increase in turnover, with an increase in case volumes too, but to a slightly lesser degree. I would like to congratulate our teams who have delivered a profit before tax of £6.2m for the business despite the challenges faced. I am proud of our people and of what we do.

“There is indeed strength in unity and in scale. I feel very fortunate that our business has plenty of both.”