China will now import around 45,000 tonnes of oranges from Zimbabwe annually 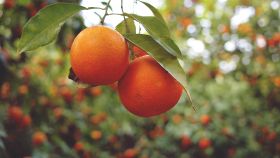 An agreement has been made that China will import around 45,000 tonnes of oranges annually from Zimbabwe, with trade taking place as early as June this year.

The deal was solidified after Zimbabwean delegates toured Chinese citrus facilities and were able to approve the quality of their home fruit. This followed inspections from China and a trade deal mid to late last year.

Bulawayo 24 reported that the market value of 45,000 tonnes of oranges is in the region of US$18m.

“The 45,000-tonne order is more than what Zimbabwe’s citrus producers have managed to export for all citrus fruit combined, in any year previously,” said ZimTrade Matabeleland regional manager, Similo Nkala.

He added that The Ministry for Lands, Agriculture and Rural Resettlement alongside ZimTrade will assist the industry in boosting local production.

Zimbabwe’s opposite harvesting season is a key factor in its potential for trade success. Bulaway 24 mentioned that this should prompt the country to develop a deliberate strategy for increasing citrus production.

A Chinese seedling grower has offered to supply Zimbabwean farmers with citrus seedlings, should they need help with scaling up production.