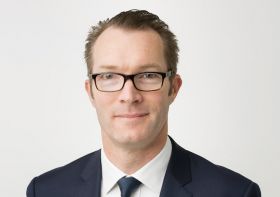 Irish food-to-go manufacturer Greencore has said it is prepared to airfreight in key ingredients such as rocket and spinach if the UK crashes out of the European Union without a deal.

The Irish Independent reported that the group will need to put its emergency Brexit plan into action within three weeks and bypass disruption at Calais if no deal can be reached before ‘Brexit day’ on 29 March.

The UK is Greencore’s main market following the sale of its US business last year, with the manufacturer producing more than 700 million sandwiches and food-to-go products for sale at retailers such as Asda, Morrisons, Tesco and Sainsbury’s.

According to The Irish Independent, Greencore, which has its head office in Dublin as well as a UK office in Chesterfield, sources around 20 per cent of its ingredients (by value) from outside the UK. A further 10 per cent comes directly from the UK.

Greencore’s chief executive Patrick Coveney told the publication that he’s now less optimistic that a Brexit deal will be reached, with MPs yesterday voting against an amendment to delay Brexit in order to prevent the UK leaving without a deal.

Speaking after Greencore's annual general meeting in Dublin, he said the British Retail Consortium’s warning this week that no deal would leave supermarket shelves empty is a “pretty accurate” summary of the potential outcome.

"For us, we won't be immune to that, but we think we'll be able to construct a solution that will have decent availability of some food, but there would certainly be some impact in terms of our business," he said.

"The simple issue there is, would you be prepared to airfreight in fresh produce. We would require our customers to make a firm commitment to covering the cost of that difference if we were to do that."

Greencore has not yet made specific plans to airfreight produce to the UK but Coveney said the business would make a decision in the next two to three weeks, in conjunction with customers, on how to mitigate possible disruption to supply.

He added that Greencore has enough ingredients stocked to handle one to three months of disruption to major shipping routes.