Andy Macdonald to step down as Coregeo MD 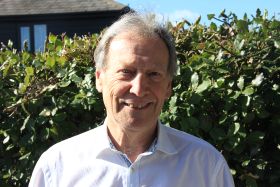 The managing director of Pink Lady and Tenderstem brand marketer Coregeo will step down from his role in August after 16 years at the company.

Following a career spanning 59 years, Macdonald will retire from his full-time position, but will continue as a non-executive board director.

Taking over from Macdonald is Peter Durose, who has a wealth of fresh produce experience to draw on, most notably at Tesco, where he was director of produce from 2004 to 2007. Durose had previously worked for the retailer in Malaysia, launching Tesco’s first greenfield site outside the UK.

Later he headed up fruit and veg supplier Fresh Approach Produce, before later moving into consultancy.

From his time at Tesco and as a supplier he already knows many of the Pink Lady and Tenderstem licensees he’ll be working with at Coregeo.

Durose commented: “I’m excited to take on this new position at Coregeo and I want to continue to build on the amazing legacy that Andy has created here.

“This unique business model, under Andy’s leadership, has turned both Pink Lady and Tenderstem into household names. Leading on from that tremendous success, I want Coregeo to find and develop that next new brand within produce.”

He then joined Saphir Fruit, importing the very first consignment of Pink Lady apples to the UK, persuading M&S to take all six tonnes. He joined Coregeo in 2003, taking over as managing director shortly afterwards.

Since importing those first Pink Lady apples, Macdonald and Coregeo have seen Pink Lady volumes grow to 70,000t, with a retail value of £230 million in 2018.

Since taking on the Tenderstem brand in 2004, sales have grown from 500t to nearly 13,000t, with a retail value £104m in 2018. The brands can now claim to be the UK’s number one and two fresh produce brands respectively.

“Andy Macdonald has represented Coregeo, and through its association, Apple and Pear Australia Limited, with distinction, honour and application for many years," he said.

“Andy has overseen Coregeo from a single product marketing entity to a highly regarded fresh produce marketing firm – one that he and the team should be very proud of. We are very pleased that Andy has agreed to continue with us in a part-time capacity.”