EC study concludes technologies such as gene editing have potential to contribute to sustainable food systems, while recognising concerns 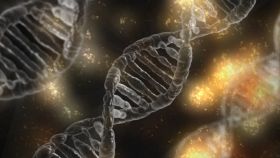 The European Commission (EC) has launched a review of EU rules on GMOs in a move that could see current restrictions loosened.

In 2018 the European Court of Justice ruled that gene editing technologies should be subject to the same rules as GMOs, but a new study by the EC has concluded that its 2001 legislation on GMOs is “not fit for purpose”.

Published on 29 April, the EC’s 117-page study found that new genomic techniques (NGTs) have the potential to contribute to sustainable food, in line with the European Green Deal and the EU’s Farm to Fork Strategy.

Gene editing has the potential to make plants more resistant to diseases, environmental conditions and climate change; create food products with more nutritional value; and reduce the need for agricultural inputs such as pesticides, the study concluded.

However, it acknowledged there were concerns about safety, the environmental impact, GE technolgies' coexistence with organic and GM-free agriculture, and the issues of labelling, consumers’ right to information and freedom of choice.

“Stakeholders have different and often opposing views on these aspects,” the study's authors wrote.

The Commission said it would consult national governments and others to produce an impact assessment and conduct a public consultation.

Whereas genetic modification means introducing a gene from one type of organism to another, gene editing involves targeted tweaks to an organism’s DNA – by adding, removing or altering genetic material at specific locations in the genome.

As it stands, the sale of genetically modified food is banned in the EU. There are longstanding fears, particularly among environmental groups and organic producers, about its environmental impacts and the power it could place in the hands of large multinational seed companies. Gene editing brings similar risks, they say.

British plant research institute NIAB welcomed the report, with chief executive Dr Tina Barsby saying this “could turn out to be a great day for genetic innovation and its contribution to addressing the urgent global challenges of food security, climate change and sustainable development”.

She added: “That [2018] ruling made no scientific sense and it was at odds with the regulatory stance of most other countries around the world.”

A number of European governments, including Germany and France, have signalled their desire for regulatory change. German Agriculture Minister Julia Kloeckner said she supported the "overdue modernisation" of the rules on gene editing, saying it could help farmers produce sufficient food sustainably.

Now outside the EU, the UK recently concluded its own public consultation on the future regulation on gene editing technologies.

The British government argues that gene-edited organisms should be regulated differently if they could have been bred using conventional techniques.

Defra said that depending on the results of the consultation, it may change legislation to this effect – a move the UK’s National Farmers Union would welcome.

Responding to the consultation, NFU vice president Tom Bradshaw said: “We believe gene editing could help address pest and disease pressures in our crops and livestock, increase resilience in the event of extreme weather, as well as reducing our impact on the environment through a more efficient use of resources. This would support our ambitions to become net zero by 2040, allowing farmers to farm sustainably and profitably.”

Opening the door to GM?

By contrast, environmental group Friends of the Earth said it feared the EC study was paving the way to the exeption of a new generation of genetically modified crops from safety checks.

Organic Farmers and Growers, which certifies more than half of the UK's organic land and licenses food businesses from seed to shelf, struck a similar tone.

Its chief executive Roger Kerr said: “There is a real concern for the direction of travel in farming. The evidence from 25 years of GMOs is that they don’t significantly outperform conventional crops and they do raise issues of real concern such as increased pesticide use on those crops engineered to withstand repeated sprayings of pesticides.

“There is an acute lack of robust independent research to support claims that these new gene-edited GMOs perform better than conventionally bred plant varieties or to assess the impacts of releasing these genes into the environment. The recent first application to the EU of a gene edited crop has been for pesticide-resistant maize.”